New Education Policy (1986)
The National Policy on Education (NPE) or New Education Policy-1986 is formulated by the Government of India to promote education. The policy covers elementary education to collegiate education in both rural and urban India. The first NPE was introduced in 1968 by the government of Prime Minister Indira Gandhi, and the second by Prime Minister Rajiv Gandhi in 1986. This new policy called for “special emphasis on the removal of disparities and to equalize educational opportunity”
Goals of New Education Policy-1986:
·         To strengthen the principles of equity,  freedom and self-dependence.
·         To promote national unity and spirit of excellence
·         To develop a broad national outlook among the youngsters.
Main features of the policy
National System of Education:
To following criteria were recommended for the National System of Education
·         Promote Quality education
·         Follow the 10+2+3 pattern
·         Developing a national curricular framework
·         Fixing minimum level of learning
·         Competencies for each stage of education
·         Encourage Science education
·         Work experience at all level
Reorganization of education at all levels
Primary Education:
·         Enrolled and retained in schools
·         Public-centered methods
·         Operation Black-Board
·         Individualized Instruction
·         Eliminate ‘Stagnation’
·         Non-formal system of education
Secondary Education:
·         Vocationalization of  Secondary Education
·         Navodaya Schools
Technical education
All India Council for Technical Education(AICTE) was formed to enhance the technical education,
Higher education
To maintain Equality:
This policy provides equal opportunities to all for education. Navodaya schools have been opened for socially and economically deprived but to talented children. Regional imbalances are also being removed
Education of Scheduled Castes:
Scholarships, hostel facilities, adult education programmes are being introduced to socially and economically deprived scheduled castes students.
Women’s Education:
New Education Policy gave special emphasis to women’s education. This statement owes that women are the keys to nation’s progress. Eradication of illiteracy, vocational curriculum, nutrition and child care courses, home management, etc., are given priority.
Education for Tribes:
This policy gave main emphasis to the education of tribes. Residential Ashram Schools have been opened for them; and scholarships for higher education are also given to them.
Adult Education:
Education Policy gave a programme for adult education to remove the illiteracy from the masses. For this, adult schools, libraries, distance education, T.V. programmes are being introduced.
Education for Other Backward Classes (OBCs):
A large number of backward classes, minority classes have not been given any opportunity for education. Scholarships, hostel facilities, adult education programmes are being introduced to socially and economically deprived Other Backward Classes students.
Integrated Education for Disabled Children:
To integrate disabled children with mild handicaps with others in common schools, a revised scheme of Integrated Education for Disabled Children was started during 1987-88. Under it, cent percent financial assistance is given to State Governments/UT administrations/voluntary organisations for creating necessary facilities in schools.
Educational concessions to children of the defense personnel:
The Centre, State Governments and Union Territories offer educational concessions to children of the defense personnel and paramilitary forces killed or permanently disabled during Indo-China hostilities in 1962 and Indo-Pakistan operations in 1965 and 1971. During 1988, these concessions were extended to children of IPKF/CRPF personnel who were killed/disabled during action in Sri Lanka and children of the armed forces personnel killed/disabled in action in ‘Operation Meghadoot’ in Siachen area

Education of SC/ST/OBC:
The following are the special provisions for SCs and STs have been incorporated in the existing schemes:
§   Relaxed norms for opening of primary schools
·            A primary school within one km walking distance from habitations of 200 population instead of habitations of 300 population;
§   Abolition of tuition fee in all states in government schools at least up to primary level.,
§   Providing incentives like free text-books, uniforms, stationery, school bags, etc.,
§   Reservation of seats for SCs and STs in Central Government institutions of higher education including IITs, IIMs, Regional Engineering College, Central Universities, Kendriya Vidyalayas and Navodaya Vidyalayas, etc. Apart from reservation, there is also relaxation in the minimum qualifying cut off stages for admission in universities, colleges and technical institutions. The UGC has established SC/ST cells in 104 universities to ensure proper implementation of the reservation policy;
§   To improve academic skills and linguistic proficiency and raising their level of comprehension, remedial and special coaching is provided for SC/ST students
Education for Minorities:
In pursuance of the revised Programme of Action (POA) 1992, two new Centrally-sponsored schemes, i.e.,
(i)     Scheme of Area Intensive Programme for Educationally Backward Minorities, and
(ii) Scheme of Financial Assistance for Modernisation of Madrasa Education were launched during 1993-94
New schemes launched under NPE:
·         Serva Siksha Abiyan  for Universalisation of Education
·         National Testing Service
·         Minimum Levels of Learning (MLL)
·         Navodaya Schools
·         Delinking Degrees from Jobs

I.          Access
NKC was established with an aim to provide equal opportunities by providing access to knowledge. It is the most fundamental way of reaching to the citizens. Access to knowledge deals with providing the accurate knowledge to general public in the following way:
1.      Right to Education : Following are the recommendation on Right to Education
·         Legislation at the national level is required to affirm the Right to Education
·         The Central Government must provide additional funds required to ensure the Right to Education
·         To ensure a minimum quality of education, it is important to have a schedule of norms for all schools to follow
·         It is necessary to specify norms for teacher qualification and training
2.      Language: It proposed to formulate a National Plan for the teaching of English as a language, in addition to the regional language, starting in Class I. It will also be ensured that student at the end of twelve years of schooling is proficient in at least two languages.
3.      Libraries: Libraries foster global access to information and they are central hubs of our knowledge. The following are its recommendations:
a) Set up a National Commission on Libraries
b) Prepare a National Census of all Libraries
c) Revamp LIS Education, Training, and Research facilities
d) Re-assess staffing of Libraries
e) Set up a Central Library Fund
f) Modernize Library management
g) Encourage greater community participation in Library management
h) Promote Information Communication Technology (ICT) applications in all Libraries
i) Facilitate donations and maintenance of private collections
j) Encourage Public Private Partnerships in LIS development
4.      Infrastructure: Recommended to enhance the ICT infrastructure. Set certain norms regarding infrastructure, number of teachers per school and per student, teaching methods and other facilities, etc. must be adhere to as necessary conditions
5.      National knowledge network: NKC recommended for Knowledge Networks, and Health Information Network as they purposefully led social entities that are characterized by a commitment to quality, rigor, and a focus on outcomes
6.      Portals: NKC initiated to set up portals on certain key areas such as Water, Energy, Environment, Education, Food, Health, Agriculture, Employment, Citizen Rights, etc.
7.      Health information network: A common Electronic Health Record needs to be created and disseminated widely

II.       Concepts
1.      School Education: Its recommendations suggested for providing universal access to quality school education as a cornerstone of development for Knowledge Society. It further insisted for making it Central Legislation at the national level to affirm the Right to Education, which is a fundamental right mandated by Article 21A of Constitution, Government of India.
2.      Vocational Education Training: NKC recommends for a model of imparting vocational education that is flexible, sustainable, inclusive, and creative. It suggests for significant increase in public and private investment in Vocational Education and Training (VET). It also put forward that the quality and image of VET needs to be actively promoted in order to view it as comparable, and relevant general secondary education.
3.      Higher Education: having 1500 universities nationwide and establishment of an Independent Regulatory Authority for Higher Education (IRAHE). The grant for higher education should increase to at least 1.5 percent of GDP, out of a total of at least 6 per cent of GDP for education. It also recommended for creation of 50 National Universities which provide education of the highest standard. Also gave suggestions on reforms in existing universities, restructuring of existing under graduate colleges and promoting enhanced quality of education
4.      Open and Distance Education and Open Education Resources: It is important to enhance the ICT infrastructure. Websites and web-based services would improve transparency and accountability. A portal on higher education and research would increase interaction and accessibility. A knowledge network would connect all universities and colleges for online open resources.
III.             Creation: Creating the knowledge or help in protecting the knowledge
1.    Intellectual Property Right: For the development of effective legal systems for IPR enforcement and availability of accurate and detailed ready-to-use IPR information. It also recommended for the development of a vibrant IPR culture in the processes of knowledge creation, application and dissemination connected especially with market demand and rewards
2.    Legal Framework for Public Funded Research: National Science and Social Science Foundation Innovation Entrepreneurship was set up for Legal Framework for Public Funded Research
IV.          Applications
1.      Traditional Health System : NKC suggested enhancing India’s Ayurveda, yoga and other traditional health-care systems, establishment of a 10-year national mission on traditional health sciences of India with an initial investment of Rs1,000 crore. It also recommended for enrichment of digitization of India’s medical manuscripts project ‘Traditional Knowledge Digital Library’ (TKDL).
2.      Agriculture: It is must to apply knowledge in fields of agriculture and agricultural education where productivity can be increased. It is necessary to set up portal for agriculture
3.      Enhancing Quality of Life: Enhancing Quality of Life,  NKC suggested quality in education
V.       Services
1.      E-governence: NKC’s major recommendations are to re-engineer government processes, and change the basic governance pattern. Similarly to select some important services that make a significant difference, simplify them and offer them with web interface.
Conclusion
It covers almost all the important fields and factors that affect India to become knowledge economy. It is highly appreciable that the main thrust of the report is on education for achieving rapid and inclusive growth with special emphasis on expansion, excellence and equity. For becoming a global knowledge leader and for taking ‘knowledge edge’, India needs to be in the forefront of creation, application and dissemination of knowledge. 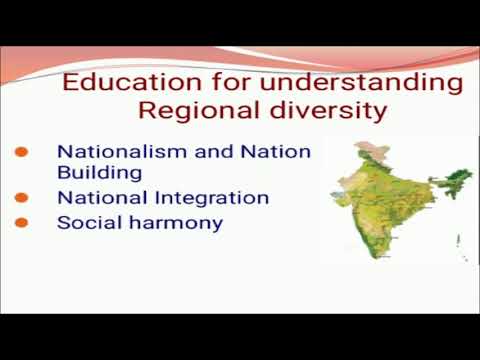